Up 5% In 2013, Boating Industry Continues Rebound

Up 5% In 2013, Boating Industry Continues Rebound 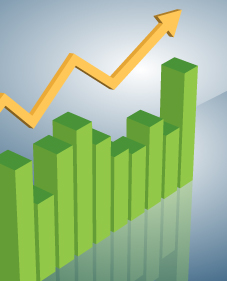 CHICAGO – December 26, 2013 – The National Marine Manufacturers Association (NMMA) today announces that as 2013 comes to a close, the U.S. recreational boating industry will continue its post-recession climb with an estimated 5 percent increase in new powerboat retail sales. The increase comes on the heels of the industry’s 2012 rebound when new powerboat retail sales increased 10 percent—the industry’s first sign of recovery. In 2014, NMMA expects the recreational power boat sales will continue to grow another 5-7 percent.

What’s more, retail dollar sales of new powerboats are expected to be up 8 percent in 2013, signaling that the mix of boats being purchased includes higher priced boats and that Americans are investing more in boating.

“The housing market has improved, consumer confidence has steadily increased the last two years, and consumer spending is on the rise—all factors that are helping to fuel stable growth for the U.S. recreational boating industry and further sales in 2013. In addition, we’re seeing more and more Americans take to the water, as our participation numbers are at an all-time high—88 million Americans went boating in 2012. This indicates that with experience on the water comes an interest in life on the water and the subsequent purchase of a boat,” noted Thom Dammrich, president of NMMA. “If economic growth persists and the recreational boating industry continues gaining participants, we anticipate sustained growth in 2014 and into 2015 and 2016.”

To further attract the growing number of boating enthusiasts, the recreational boating industry will unveil its latest innovations at annual boat shows across the country in January and February. Boat shows, which attract more than one million people annually, are where manufacturers launch new boats and marine gear for purchase.  The shows are a primary sales venue for the industry and barometer for things to come, as they provide a glimpse of buyer trends and sales for the year ahead.