The Dangers of Boating Under the Influence

The Dangers of Boating Under the Influence 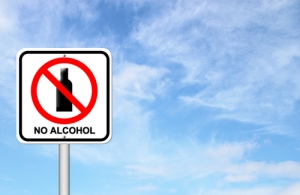 From June 27 to 29, marine patrols and other boating enforcement agencies across the country will be participating in Operation Dry Water, an awareness and enforcement campaign initiated by the National Association of State Boating Law Administrators (NASBLA).

A 2006 survey of college students (provided by NASBLA) noted that 45 percent of respondents had consumed alcohol while boating. College kids are, well, college kids, but drinking on the water has long been part of the boating culture, and that’s OK as long as the actual drinking does not involve the boat operator. It was encouraging to see that, among those respondents, 70 percent used a designated driver. That seems great, until you consider that three out of 10 partying boaters did not.

17 percent of all boating fatalities are alcohol related. Which is why drinking and driving a boat is such a colossally bad idea.

In all 50 states 0.08 is the legal blood alcohol limit, which is typically one drink or one beer or two per hour, depending on your weight. But, in planning your day, consider that alcohol affects you faster on the water.

“You’re in an environment that’s hot and humid — and probably not drinking enough hydrating fluids,” said Lt. Seth Wagner, a boating safety coordinator for the Florida Fish and Wildlife Conservation Commission (FWC). “The boat being in motion from the wind and waves already affects your balance, and alcohol only compounds that.”