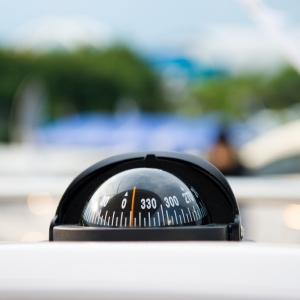 Navionics is entering the fray by making its popular smartphone and tablet navigation app free.

With over 1.5 million downloads since it was first released, Navionics’ paid smartphone and tablet navigation app has become one of the most popular mobile marine navigation solutions for Apple’s iOS and Android devices.

But when the National Oceanic and Atmospheric Administration (NOAA) stopped printing charts in October last year, they began offering free vector and raster chart downloads, which led to the introduction of quite a few new mobile apps that provide free or low-cost charting and navigation.

Navionics is rising to the challenge. In a move that I for one appreciate, they released a new version of their boating app for free including all the Government S57 charts, and also free trials of their add on Nav module. What this means for the expense-conscious boater (aka cheapskates like me) is that you can download this app, get a really easy to use navigation tool with straightforward chart data, and immediately use it to navigate around your local waters. We all like free, right?

This will help develop a whole new user base, including casual boaters and people that have been hesitant about using mobile apps on the water. Navionics is likely also counting on us buying the add-on modules, such as the advanced navigation or chart updates that you are still required to pay for.

This move is also evidence of a shift that is happening more broadly with navigation apps: moving from stand-alone fee-based products to free apps that require add-ons to integrate with chartplotters and other electronics. So your “free” app may actually end up costing you a lot more than the one you paid for a few years ago.

Download the iOS or Android versions of the Navionics app.