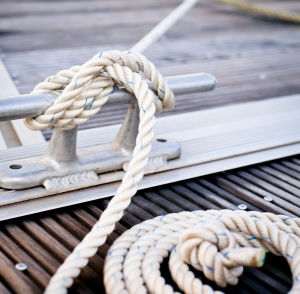 All mariners, rivermen and water enthusiasts are advised to increase their awareness to the dangers of hypothermia, as freezing temperatures are forecasted on the northern parts of the Mississippi, Ohio and Illinois rivers. Along the Gulf Coast, weather conditions remain mild on average; however, the incidence of sinking vessels and collisions involving injuries or fatalities can occur at any time, regardless of calm conditions on the water.

Since Oct. 1,  the Coast Guard has responded to 310 search-and-rescue cases, saved 96 lives and assisted 406 persons in distress; however, 22 lives were lost. Two women and one man died Dec. 6 after their vessel reportedly struck a bridge piling and capsized in Choctawhatchee Bay, Fla. The submerged vessel was located in 28 feet of water near the Mid Bay Bridge.  The Coast Guard searched 91 square miles over a course of 10 hours with the Florida Fish and Wildlife Conservation Commission to locate the three. The cause of the incident is under investigation by the FWCC.

In an effort to increase the safety of people on the water this holiday, the Coast Guard recommends the following:

Stay informed. Be sure to check the local weather prior to departing the dock. Weather can change very rapidly and boaters should keep a watchful eye on the forecasted conditions. The public should monitor the National Weather Service, local television and radio reports. Boaters can monitor weather patterns, fog and developing storms on channel on VHF-FM marine-band radio; small craft advisories are also available on channel 16.

Always wear a life jacket. Since there is little time to reach for stowed vests when accidents occur, wearing one at all times reduces your risk of drowning.  Federal law requires you to have a personal floatation device on board for each passenger.

File a float plan.  A float plan is simply letting family and friends know where you are going and your expected time of return. File a float plan with someone who is not getting underway with you and stick to the plan. If you change plans, contact the person. A float plan assists responders in the search of an overdue boater who may be in distress.

NEVER boat under the influence. It is illegal to operate a boat while under the influence of alcohol or drugs in every state. There are stringent penalties for violating BUI/BWI laws, which can include large fines, suspension or revocation of boat operator privileges and jail terms.

Protect yourself against hypothermia. Invest in a dry suit or other Coast Guard-approved full-body floatation survival gear. Although Gulf Coast water temperatures are still relatively warm during the winter season, the threat of hypothermia is still great. The human body reacts to 50 to 60-degree water the same way as it does in 70 to 80-degree water with prolonged exposure. As soon as a person’s core body temperature drops below 95 degrees, hypothermia sets in and occurs 25 times faster in cold water than in cold air. A person in the water not wearing a life jacket can lose body heat from efforts to remain afloat. Once the shivering stops, the body is no longer able to heat itself, and the person can lose consciousness and drown.

Be aware of carbon monoxide poisoning. Carbon monoxide is a deadly gas produced any time a carbon-based fuel, such as gasoline, propane, charcoal, or oil burns. It is colorless, odorless and tasteless. Sources on your boat include gasoline engines, generators, cooking ranges and space and water heaters.