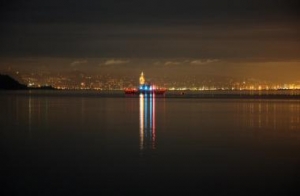 In a recent publication by Boating Magazine, Jim Hendricks extends a few tips and tricks to help ensure your safety during night navigation.

I always run my Lowrance BR-24 marine radar when visibility is limited, but a surprisingly close encounter with another boat not only reinforced my belief in radar, but also in the value and best way to use the electronic guard-zone feature.

My son, Joshua, and I were outbound from California’s San Diego Bay at 4:15 a.m., cruising at about 14 knots, enroute to a day fishing for mahimahi in Pacific waters below the Mexican border. Traffic was fairly heavy, as other boating anglers had the same idea. In addition, a number of big sport-fishing passenger boats were inbound, returning from multi-day trips along the northern Baja California coast.

We had cleared most of the traffic outside the harbor and were keeping our eyes on other lights in the pitch-black conditions. Joshua, who has the eyes of a raptor, was paying particular attention to a single green light about two miles to our port side. It appeared that we were passing it, and we believed it to be a distant channel marker.

I was keeping my eyes ahead for the most part, but suddenly the radar guard-zone alarm began squawking. A solid target has entered the pie-shaped guard zone from our port side and was closing fast. We quickly identified it as the mysterious green light, but this was no buoy. I chopped the throttle, and moments later a 20-foot center console crossed 100 feet in front of us at about 24 knots. The boat had no white all-around light and it never slowed down, even after it passed us. It was so close, we could hear the crew members talking to each other. I’m not sure they ever saw us. Afterward, we noticed that the boat made a hard left and began to run the same course as ours, but about half-mile to our starboard, its red port light indicating its position, which we tracked very carefully until first light.

The near-miss experience left my heart pounding, but did not deter us from our fishing trip. I put the boat back on a slow cruise to the offshore grounds. Yet, the incident did teach me some valuable lessons in limited-visibility navigation. 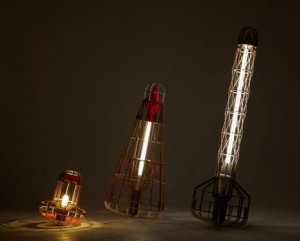 1. Don’t Assume a Green or Red Light is a Buoy.

Knowing that boats must also have white all-around lights led us to assume that the single green light was a channel marker. That was a rookie mistake. For one thing, we should have become suspicious as it was on the wrong side of the boat to be a green channel marker. Also, it was not flashing as do lights on buoys. Thirdly, I can’t member how times I have seen other boats with inoperable nav lights. Had all these factors registered at the same time, I would have been better armed to avoid the near-miss.

If you think a target is a buoy, confirm it by co-relating it to a buoy symbol on your chart plotter. If you have a radar/plotter overlay, this is easier. In our near-miss, we did not confirm the target early as a buoy. Lesson learned.

3. Always Use Your Guard Zone.

First of all, never run at night without radar. Yet just as importantly, based on my experience, I will never again run in limited visibility without the guard zone. It saved my bacon. While alarms from false targets can be annoying, it’s better than having no warning at all when a hard target draws close.

4. Make Your Guard Zone a Circle.

There is a tendency to set a pie-shaped guard zone to look ahead, since you’re most interested in things you might run in to. But as my experience proves, there are things that can run into you, especially when you’re on a slow cruise. Targets can enter from the sides or even from behind. So make sure your radar guard zone extends 360 degrees around the boat. I like to set the guard zone out to 1.5 miles as the minimum, as you never know how fast a target might be closing and you want plenty of time to react to a threat. 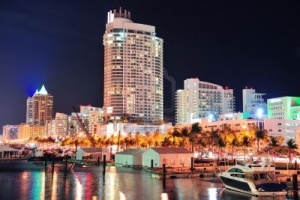 In this near-miss situation, according to the rules of the road, our boat had the right of way. Yet, avoiding a collision trumps rules of the road every time.  Never expect the other boat to give way — or even that he sees you — especially when visibility is limited.